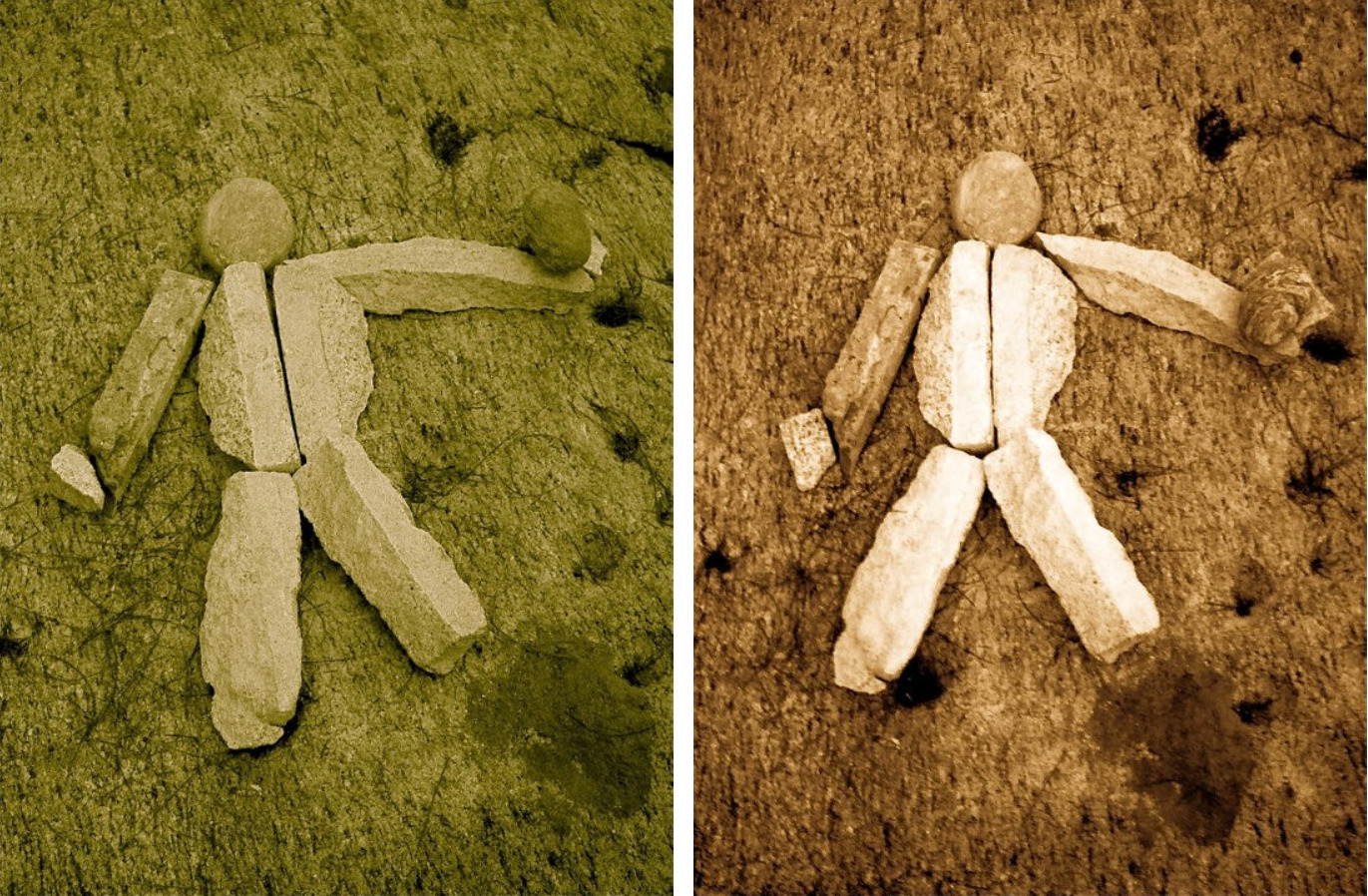 A Kashmiri Stone-Pelter (after Arcimboldo’s Librarian). Image by Nitasha Kaul.

They fought, we heard of it; we remembered, they heard of it
sorrows against sorrows, memories against memories
words lost, tongues turned to stone:

the eyes of the people are stone

the hearts of the soldiers are stone

stones have begun to grow on the trees too

the flowers are stones

the children are stones

some gods are stones

the houses of the gods are stones

the graves are stones

stones that fall from eyes instead of tears

stones that stay piled up as cairns

marking the stony solidity of a time
that refuses to relent

Kashmir: A Country of Many Names and Numbers

A plant, suffocated but resilient, underneath a glass pavement, that makes me think most vividly of Kashmiris (Nitasha Kaul)

My homeland is everywhere
It’s a fabric you know, it’s a vision you see
An Icelandic novel, an American song
An English warship, a paisley bikini

A people torn by dates, deeds, deaths
By the numb destructive errors of numbers upon numbers
That haunt me wherever I go:
One kingdom, many rulers
Three regions, districts Ten, Four, Three plus One
Many more
A dotted line, all Control
Half a Million soldiers
An Eight-year old child
Casualties, no reckoning
Three Hundred and Seventy, the Article
Thirty-Five, the Corollary
Twenty-Second, the Congress, where I spoke
The Fifth of August
And October, was it Halloween?
Cambridge
On stage, mid-speech
Talking of Eighteen-Hundred-Forty-Six sale,
Nineteen-Hundred-Fifty-Three tugged at memory
Thirty-Seven, Forty-One, Forty-Nine
Resolutions at the UN
Wars Three, improper wars, countless
Nineteen-Hundred-Thirty-One, don’t forget
And Nineteen-Hundred-Forty-Seven
But what of Nineteen-Hundred-Ninety
Ever avenged
Or summer Two-Thousand-Sixteen?
Surely Twenty-Third February,
And Twenty-Seventh October
And those files numbered
In dusty archives too

Dr. Nitasha Kaul is a novelist, economist, poet, and an Associate Professor in Politics and International Relations at the Centre for the Study of Democracy, University of Westminster, London. Her work over the last two decades has been on identity, democracy, political economy, Hindu nationalism, the rise of the global right, feminist and postcolonial critiques, Kashmir, and Bhutan. Her books include Imagining Economics Otherwise: encounters with identity/difference (Routledge, 2007), Future Tense (Harper Collins, 2020), Man-Asian Literary Prize shortlisted Residue (Rupa/Rainlight, 2014), a co-edited Economic & Political Weekly volume on Women and Kashmir (EPW, December 2018), and Can you Hear Kashmiri Women Speak? (Kali for Women Press, 2020).