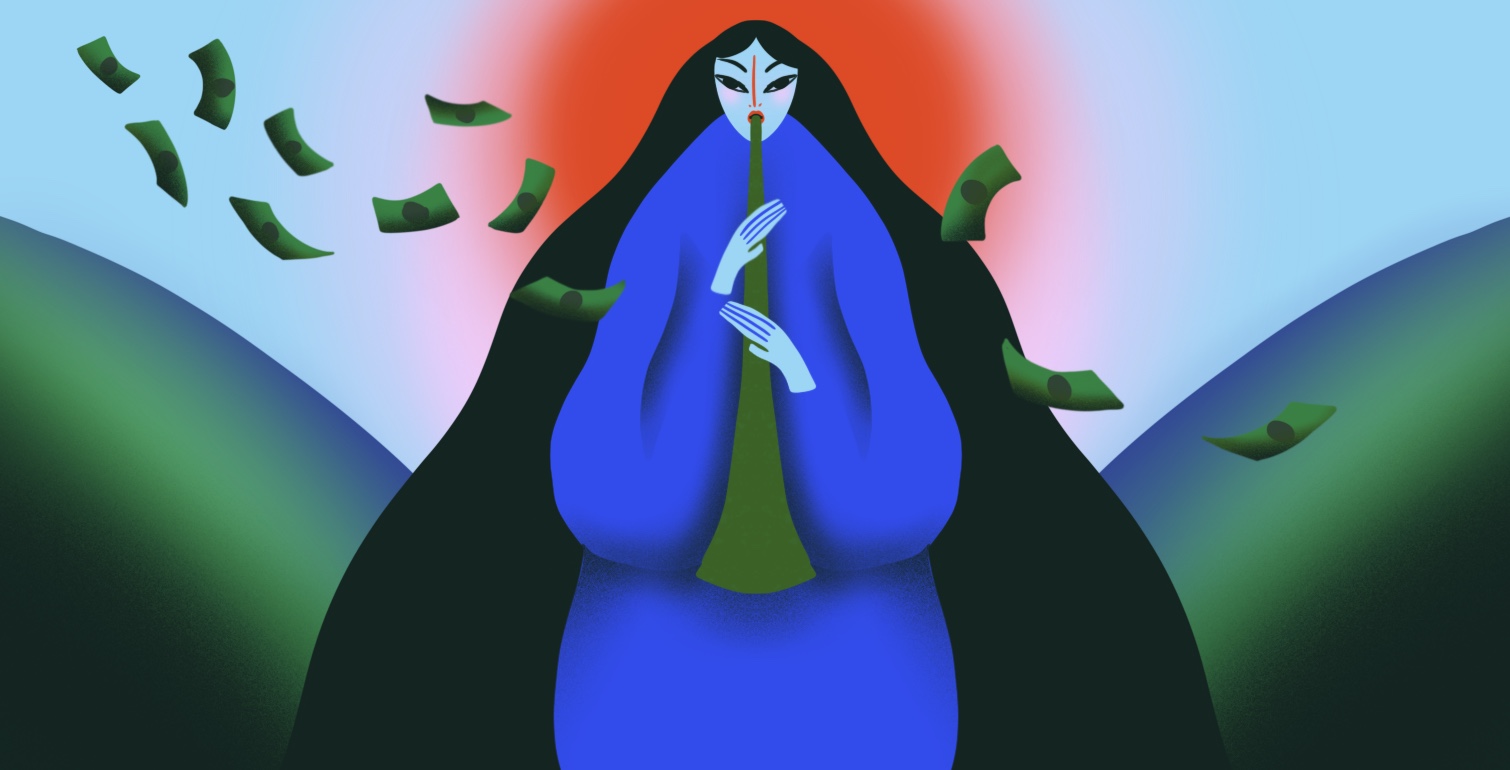 Author’s Note: I am recommending—urgently advocating—a debt jubilee: the erasure of all debts held by individuals. Even before the COVID-19 pandemic, US residents were bearing an astronomical debt burden. Per the Federal Reserve, household debt (including mortgages, auto loans, credit card, and student debt) totaled $14.30 trillion in the first quarter of 2020, well over the previous high during the 2008 recession. The economic impact of the pandemic has made this debt even more oppressive, and in many cases, impossible to pay. Various forms of debt cancellation have been proposed, notably cancellations of rent and student loan debt. A debt jubilee would enact a mass cancellation of all debt. People such as Michael Hudson and David Graeber have proposed debt jubilees. Such a move has historical precedent in the ancient Near East (my poem refers to Sumer and Israel) as well as—in a different form—in postwar Germany. I am also arguing for a complete reconfiguration of our society’s way of thinking about debt, as something that must be paid, as a moral obligation that reflects badly on the debtor, as something worth ruining one’s life to honor. Lives should be neither debt nor asset. I recommend both Graeber and Hudson for further reading on this topic.

That debt exists and does not
have to exist: can be destroyed, can be redeemed—to use the terms of moneylenders and divinities.

That redemption exists as destruction (of debt) rather than as repayment because at this point
in the history of money to pay, to pay
again, to pay again, again is to exile ourselves from the hope of writing other histories, without.

That in the Year of Our Lord 2020 my mother dreams her debt as a woman who enters the room
in the middle of the night, sits on the edge of the bed. The woman’s face is kind—like a mother
visiting a child—until the strangling starts. In the case of my mother, dreams align with etymologies:
amargi, the Sumerian term for being released from one’s debts, means to be
returned to one’s mother. That this means naught, at this point in the history of money, and yet not.

That amargi is the first word we know in any language for “freedom.”
(And how much has been forgotten in the history of money. How many tongues cut off/out, like
…………..thieves’ hands.)
That that is an American irony. That America has converted mothers into debtors and freedom
into freedom to owe what won’t die even after your mother’s death, or yours. Mine.
That the language of possession, we destroy ourselves with. Listen to me: ourselves, myself.
Does it matter whose I say I am if all I am is owed?
That when the Hebrew prophet called Jesus went to the temple in Jerusalem, he chose a scroll
and chose to read where it was written: Set at liberty those who are oppressed, it is the year of the Lord’s favor.

Etymology: < French jubilé (14th cent. in Hatzfeld & Darmesteter), in Spanish jubileo, Italian giubbileo, < late Latin jūbilaeus (Vulgate, etc.), used as noun ‘jubilee’, but properly an adjective form (sc. annus ), after Greek ἰωβηλαῖος adjective (Origen, Epiphanius, etc.), < ἰώβηλος ‘jubilee’ (Josephus Antiq. iii. xii. 3), < Hebrew yōbēl , ‘jubilee’, originally, it seems, ‘ram’, hence ‘ram’s horn used as a trumpet’, with which the jubilee year was proclaimed. The Latin form jūbilaeus instead of jōbēlaeus shows association of the Old Testament word with the native Latin jūbilum wild cry, shout, and jūbilāre to shout to, shout, halloo, huzza (see jubil v.); and in Christian Latin there was established an association of sense between these words and the Hebrew ‘jubilee’, which has extended to the modern languages of Western Christendom. In English the word was often, as in the Bible versions, spelt jubile; this was usually, like the French jubilé, of 3 syllables; but it was sometimes a disyllable, and referred directly to Latin jūbilum or medieval Latin jūbilus, in the sense of an exultant shout.

That with a wild cry a year begins: that the year exists in which debts do not exist.
That moneylenders and priests attacked the Hebrew prophet called Jesus for his choice of reading.
That they understood what it signified for their persons, and for the state that lent to their persons
the ownership of others’ dreams.
That violence enforces the existence of debt. That the existence of debt and the existence of such
violence seems insurmountable, even in dreams. That nevertheless with an exultant shout
at this point in the history of money we proclaim the year of jubilee that will become
the age of jubilee, that the fields will be left uncultivated except by those who love them,
that we will return to our mothers and our mothers to us, that we will know ourselves
as ourselves, and speak the same.
That in this the new history we will excise the language of transactions.
That with an exultant shout there will be a firm atonement through all boisterous rage—

All who need and want and owe.

That nothing in history or language is impossible to repeat.
That in the history of personhood there have been many times liberated from money.
That there have been many lands with Jubilees.
That the land if it want a Jubilee will in time grow heartless.
That in our hearts as in the history of money the love of money is the root of if not all
…………….then most evil.
That we forget to pay ourselves what to ourselves is debt (Shakespeare).
That it is more difficult to believe in the feasibility of what we envision than to make it feasible.
That I can believe in the end of the history of money.
That yet even so I cannot imagine what lies past the end—
that the first day of our Jubilee might be the first day of our Death.
That I hope not. That I want not. That our mothers weep. That our mothers shall not.
That dreamlessness is a feature of happiness. That happiness, not merely its pursuit, can exist.
That love is or must or ought to be the governing obligation.
That in love the obligation cannot be called a transaction. Redeemed.
Love the Gift is Love the Debt, or v.v. (Tennyson).
That we have come to collect what to ourselves is debt.
That we can hear our own voices, and far-off inside ourselves, the singing—that singing exists.
That there exists the unuttered unutterable jubilee of the heart.
That there shall exist the bureaucratic spreadsheet book-kept bonfire jubilee of the people.
That a trumpet sounds, no lord in sight, because who has time to wait upon the lord?
That debt exists, and shall not—:

Note on the poem’s form: This poem, like Inger Christensen’s magnificent abecedarian Alphabet, uses the Fibonacci sequence to determine the number of lines in each section. (In the Fibonacci sequence, each number is the sum of the previous two numbers, or, F1 = Fn-1 + Fn-2. So 1, 2, 3, 5, 8, 13, 21 for the seven sections of the poem.) This formal choice also refers to the escalating impulse of debt. I wrote seven sections because the year of Jubilee is sometimes said to take place every seven years. The interludes are other voices: the Oxford English Dictionary, and an imagined chorus of “all who need and want and owe.”

Elisa Gonzalez is a queer Puerto Rican poet and fiction writer. Her work has appeared in the New Yorker and elsewhere. A former Fulbright scholar in the arts, she is a recipient of a 2020 Rona Jaffe Foundation Writer’s Award. 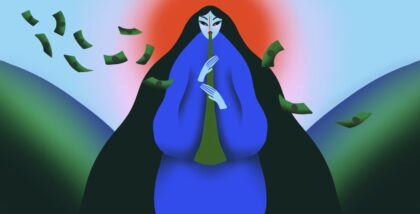 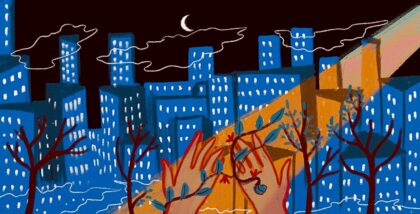 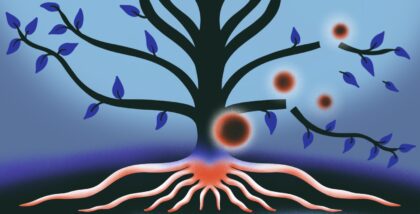 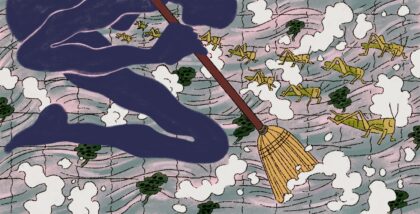 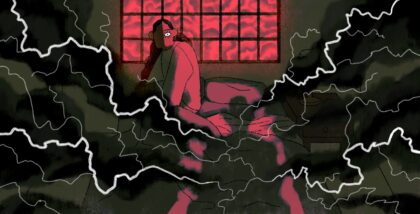 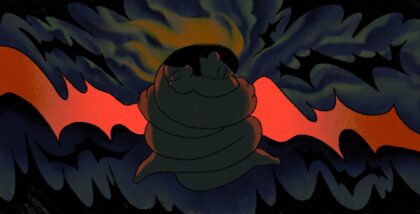 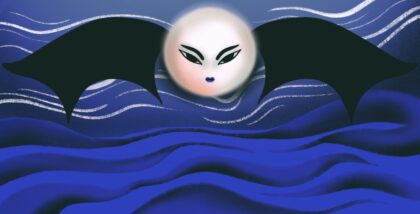 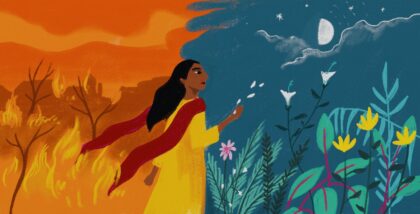 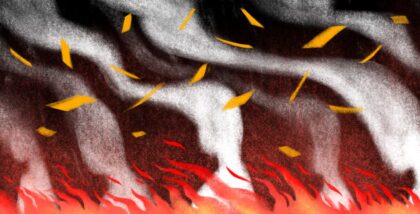 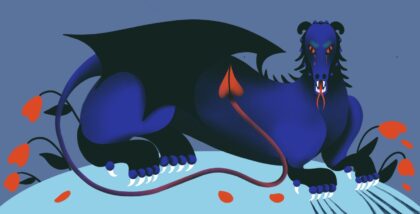