Ruxandra (aka Rux) Guidi has been telling stories for over two decades. Her reporting for public radio, podcasts, magazines, and various multimedia outlets has taken her throughout the United States, the Caribbean, South and Central America, as well as Mexico and the US-Mexico border region. After earning a master’s degree in journalism from UC Berkeley in 2002, she assisted independent producers The Kitchen Sisters with their award-winning series Lost & Found Sound, and then worked as a reporter, editor, and producer for NPR’s Latino USA, BBC’s The World, Fronteras Desk in San Diego-Tijuana, and KPCC Public Radio’s immigration beat in Los Angeles. She’s also worked extensively throughout Central and South America, having been a freelance foreign correspondent based in Bolivia (2007-2009) and in Ecuador (2014-2016). She is the president of the board of Homelands Productions, a journalism nonprofit cooperative founded in 1989, and a contributing editor for the 50 year-old nonprofit magazine High Country News. In 2018, she was awarded the Susan Tifft Fellowship for women in documentary and journalism by the Center for Documentary Studies at Duke University. Currently, she is a freelance editor and contributor for various podcasts and magazines, and an assistant professor of practice and assistant director of the Bilingual Journalism Program at the University of Arizona’s School of Journalism, where she teaches audio storytelling, feature writing, and freelancing to undergraduate and graduate students. 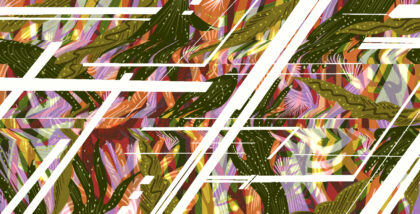